The king’s war plans. The extraordinary sejm in Warsaw. 1647.

The sejm was convened in March and the pre-sejm sejmiks were held in April of 1647. The sejm began debating on 2 April 1647. Stanisław Sarbiewski, starost [“starostwo” was a Polish term for eldership office] of Grabowiec, was elected the marshal of the Chamber of Deputies. The debates focused mainly on the king Władysław IV’s plans of war against the Ottoman Empire, which were taken in a rather left-handed manner. Another issue were king’s debts, directly affecting the finance condition of the state. The proceedings were also perturbed by accusation of the Lithuanian hetman Janusz Radziwiłł, a Calvinist, casted by the bishop of Vilnius, Benedykt Wojna, insinuating that Radziwiłł committed desecration of crosses in a village belonging to him. The turbulent discussion was ended by the marshal Sarbiewski. Moreover, a huge uproar in the Chamber of Deputies was caused by the proposal of the Crown Sword-bearer, Jan Jabłonowski, on restricting the unanimity rule in voting. The sejm was prolonged, with consent of the Chamber of Deputies, for a few additional days and dissolved on 27 May 1647. 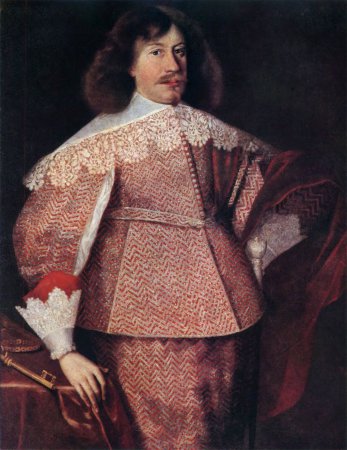