Sejm convened from the camp near Smolensk during the war with Moscow. 1611 r.

The Sejm was convened by King Sigismund III from the camp near Smolensk during the war with Moscow. The pre-sejm sejmiks were held in August and September 1611, in a favourable atmosphere after the conquest of Smolensk in June 1611. The Sejm began its proceedings on 26 September 1611. The Speaker of the Chamber of Deputies was elected Jan Swoszowski, a land writer from Lviv. During the sessions of the Sejm, the issue of the war with Moscow and the occupation of the Tsar's throne dominated, which became more important in connection with the victories in the east and the occupation of Smolensk and Moscow, as well as the plans for its connection with the Commonwealth. During the sessions of the Sejm, a solemn triumph was held in connection with the victories over Moscow, during which tsar Wasyl Szujski, who had been taken captive, and his brothers bowed to King Sigismund III. During the Sejm, Prussian matters occupied a lot of space. It was agreed that Jan Zygmunt, the Margrave of Brandenburg, would take custody of the sick prince Albrecht Fryderyk and pay homage to him from the Duchy of Prussia on 17 November 1611. The Sejm concluded its proceedings on 9 November 1611. 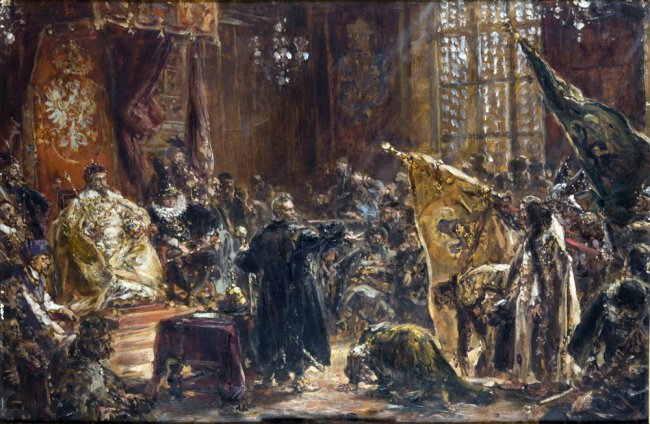 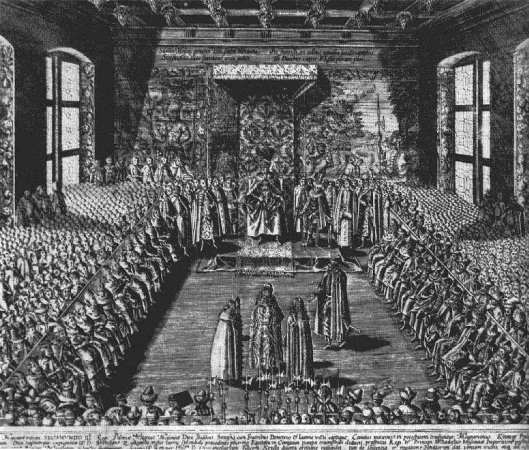