Proceedings of the extraordinary procedure. Deputation sejm in Warsaw. 1773-1775.

Sejm was convened on 22 February 1773 in form of an extraordinary one in Warsaw. Its purpose was to accept the partition treaty of 1772. The pre-sejm sejmiks were held in March and April of 1773. Before the sessions began, a sejm confederation was formed on 16 April 1773. Following overcoming Tadeusz Rejtan’s (and a minor group of his supporters) resistance, on 16 April 1773 a general confederation sejm was established and its sessions were immediately postponed to 15 September 1773. The proceedings were continued on 19 April 1773 and lasted, with interruptions, till 11 April 1775. The sejm deliberated under the Russian influence and pression, put by Russion envoy Otton Magnus Stackelberg. Adam Poniński, Crown Master of the Kitchen and Michał Radziwiłł, Crown Carver, were elected the marshals. In order to go through with the partition treaties, the Russians appealed to forming a sejm deputation, that was to take action on behalf of the whole sejm, which, on the other hand, pledged to adopt resolutions created by the deputation, postponing the proceedings until the deputation finished its work. For this purpose, a deputation of 97 deputies was chosen, which in September 1773 concluded partition treaties, finishing its works not until 19 March 1775. The sejm ended on 11 April 1775. 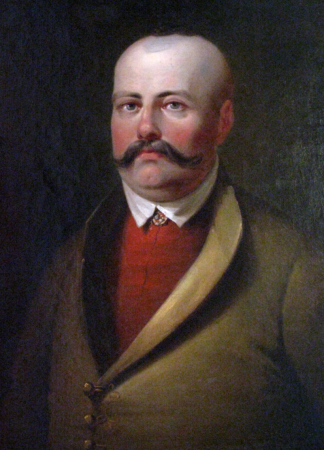