This sejm was convened in December 1596. The pre-sejm sejmiks were held in January of 1597. This sejm was convened on 10 February 1597. Piotr Myszkowski, starost [“starostwo” was a Polish term for eldership office] of Oświęcim, was elected marshal. The proceedings were influenced by the duplication of Volhynia and Sudova Vyshnia sejmiks. As a result twice as much deputies were elected, making it necessary to establish, which deputy’s mandates were valid, what ultimately led to breaking sejm sessions (case of Stanisław Stadnicki). The sessions were dominated by the matter whether the Commonwealth should have joint the anti-Turkish league, by the Cossack rebellions and undertaken counter-actions, as well as unrest, caused by proclaiming the Union at Brest. In this context, the judgement on Nikifor grew more and more important, as he was passing himself off as the envoy of the Patriarch of Constantinopole, tried to organise an Orthodox synod against the Union and who, in the same time, undertook hostile actions against the Commonwealth. The matters of the national defence and tax issues were also taken up. The deputies dealt with different options to reform the sejm itself, among others the indisputability of sejm resolutions principle, as well as execution of these resolutions. 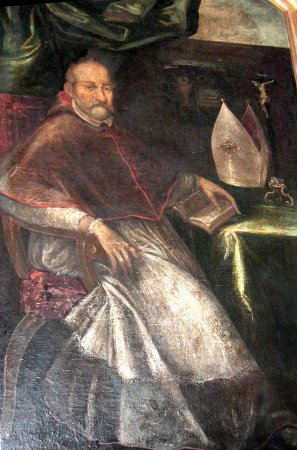