The viritim election was a political and legal institution which established the supreme royal authority through personal participation of representatives of the nobility in the election.

The principle of election has been known and applied many times in the past, still being the most common way of establishing the monarchy in the Piast and Jagiellonian times. It came to use in the case of king Władysław Jagiełło, and was then consistently repeated in the Jagiellonian house for the kings Władysław III (1434), Kazimierz Jagiellończyk (1445), Jan Olbracht (1492), Aleksander (1501), and Zygmunt I (1506). In this sense, the Jagiellonian elections have established a certain rule of conduct that allowed for the widespread participation of the nobility. Depending on the situation, this participation took place to a different extent, most often boiling down to coming to the election assembly and staying for its duration. At least some of these elections, through the possibility for the nobility to participate in person, made the elections viritim, although formally no reference was made to this concept, in particular not in legislative acts. This view, however, was based on the conviction of existence of a permit to participate in the election and for all representatives of the nobility to be present, regardless of their parentage. This was the principle on which the concept of libera electio, used in the privileges, was based. However, it was difficult in those conditions to make a distinction between mere presence and hailing in acknowledgement of the result of the election and the actual electing the candidate by all who were present.

The election principle was violated upon the initiative of the royal court in October 1529 at the Sejm in Piotrków, when king Sigismund Augustus, the son of the deceased king, was elected as the successor of Sigismund I and then crowned on 18 December 1529. As a result of a dispute that broke out due to the election of a minor royal son, to which the previous Sejm was compelled, king Sigismund issued two laws, in 1530 and 1538, in which he confirmed the election as a legal and systemic institution. The laws also defined the principles on which the election was to be held, especially with regard to granting the nobility the right to participate in the election. Both laws emphasised the right to participate in the election for all entitled persons, i.e. the part of the nobility which, by virtue of possession of real estates, performed military duties and was able to arrive on the election grounds (unusquisque qui vellet). As a political institution, the election was finally consolidated in the constitution of 1550 promulgated under the reign of king Sigismund Augustus.

The problem of the election, and in particular of its form, conditions and manner in which it was held, was raised again in 1572-1573 during the interregnum after the death of king Sigismund August on 7 July 1572. The main problem, however, was whether the election was to be held with a significant participation of senators, who considered themselves the main governing factor during the interregnum, or alternatively, taking into account the legislation already in force, in particular from the period of King Sigismund I, and, above all, a strong position of nobility already established during the execution movement, whether it was to take place by means of universal and free participation, or, alternatively, by means of representation. The originators of the idea of an election in its viritim form were, among others, Piotr Zborowski, governor of Sandomierz, Stanisław Słupecki, castellan of Lublin, Jan Firlej, governor of Krakow: all of whom referred in their speeches several times to the rights arising from the past and which made the institution of the elections itself the basis for the establishment of royal authority, as well as to the rights stemming from customs which in turn referred to the universal laws, including free participation in the elections, and which were founded on the basis of precedents. During the session of the Convocation Sejm, which took place on 6-29 January, 1573, a commission was established, composed in part of senators and in part of representatives of the nobility. The commission was chaired by Stanisław Karnkowski, the bishop of Kujawy. The convocation established the viritim as the binding form of election of the monarch, reflecting the influence and importance of the nobility in the political situation of the time, which sought to secure its participation in political life with this resolution. The concept of conducting an election was also adopted, in which the principle of universal and equal participation of all entitled persons was recognised as a right rather than a duty. At the same time, the method of organisation of the election grounds was defined in accordance with the order of the wartime mass mobilisation, i.e. by territorial units and with allocation of individual participants to those units. At the same time, the procedure of conducting the election was to comply with the principle of representation, which manifested itself in the way how the results of votes on the candidates were presented in territorial units. Then the selection of a candidate took place who in turn was to be submitted for approval in the territorial units.

Adoption of the viritim election in the election practice undoubtedly influenced its incorporation as a binding political norm into the Henrician Articles adopted in May 1573, which gave it a legal and organisational guarantee. The Henrician Articles, however, do not set out how the election was to be conducted. The provisions of the Articles therefore definitely constituted the institution of election as the way of electing a monarch, excluding inheritance from the political order of the state. However, the provisions of the Henrician Articles did not specify in detail the order in which the election of the monarch was to be conducted, considering that an already established procedure existed under the term of libera electio. Adopting the principle of recognising the election as the source of the monarch's power implied also that each ruler renounced the right to use the title of heir to the kingdom, as this would be contrary to the principle of electing a monarch for the throne of Poland.

The introduction to the Henrician Articles of a provision determining the conditions and the method of conducting the election meant the formulation of a political principle which would constitute one of the main foundations of the political system of the Polish Commonwealth. The principle included a guarantee of a right for each member of the nobility to universally and freely elect the ruler. This provision has become a mandatory rule as opposed to standards that have hitherto been customary and arbitrarily applied and which have often been politically manipulated. The free election provision was also confirmed by the cardinal laws adopted in 1768. 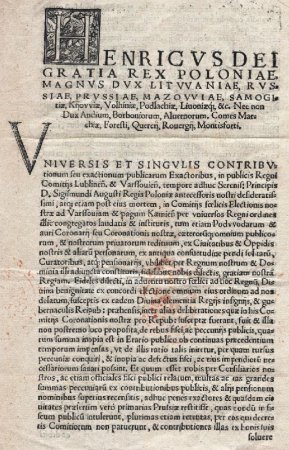 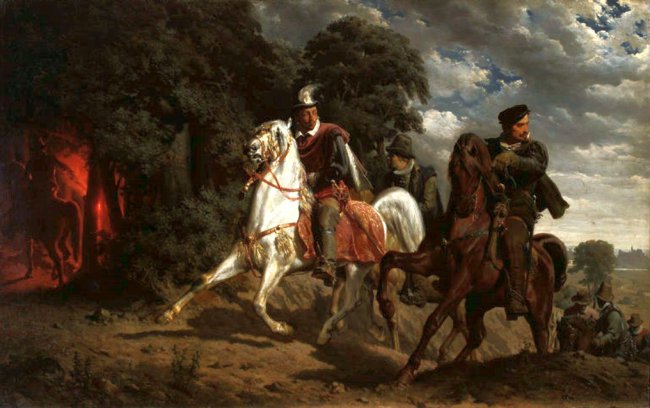 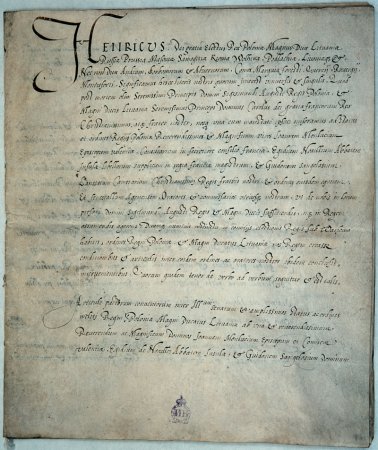 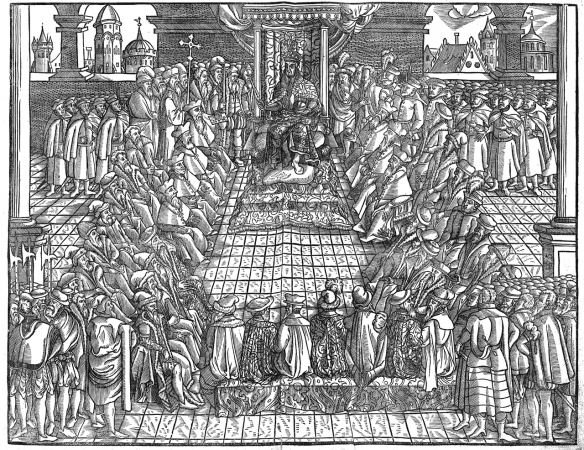