The king as the sejming estate

The king of the Commonwealth was the holder of the supreme power. He was recognised, beside the senate and the Chamber of Deputies, as a separate sejming estate, being an integral element of the sejm. However, at first, when in 15th century the king’s power definitely got stronger and consolidated, most of the country’s sovereignty was in his hands. The king exploited the development of the estate representation institution, that is sejms and sejmiks, slowly forming in 15th century. In the first half of the 16th century king Sigismund I the Old rule, in order to achieve his goal to gain more power, gave up the nobility support and focused on his relations with the magnate senate. It led to the development of the nobility political programme, dedicated to limit the king’s power. The core of this programme was the idea of law sovereignty in the Commonwealth, which the king should also be a subject of. The place, where the programme was presented was the Chamber of Deputies in the sejm.

However, convening a sejm was the king’s prerogative. The finance issues were the most frequent causes for the king to refer to the sejm, which, since 1505, was considered the highest governing body, entitled to establish laws. In the first half of the 16th century the king maintained a separate position from the sejm, being to some extent “above” it. The constitution of 1505, called also Nihil novi act, did not eliminate the king out of the legislative process. First of all, it did not establish a full legislative power of the sejm. On the other hand, the king kept many of the legislative rights, surpassing typical fields, stipulated by so-called common law (iuscommune) or regarding newly established laws. In fact, the king had the right of the legislative initiative. The consolidation of king’s position, which was not fully legally established yet, took place under the rule of the last of the Jagiellons, that is king Sigismund II Augustus, who entered into an alliance with nobility and in the same time he exploited the right to appoint offices, starost offices and bishoprics, making his reign even more powerful. He maintained dominance especially in the scope of ratification of the sejm resolutions but also their moderation and supreme interpretation. The sejm resolutions were announced in the name of the king, only mentioning that they are published with the consent of the sejm.

The situation changed when the Jagiellonian dynasty expired, what directly led to establishing the viritim election as the way of choosing the next monarch. This rule was stipulated in Henrician Articles (1573), which also determined each aspect of powers and authorities of specific components of the political system, of the king, sejm and king’s court, establishing their competences and structural dependencies between them. A resident senator council was also created, which main goal was to provide cooperation between sejm and the king. In such a way it was clearly stated that king became only a part of the components of the sejm. King’s positions shifted - from being “above” the sejm to being only one of its elements. However, without the presence of the king sejm simply could not debate (the one exception was the interregnum period, when the sejm became the one and only supreme authority of the Commonwealth). The sejm constituted of three estates, so without the king it was not possible to open the proceedings. Therefore, the king was an indispensable element in operations of the sejm. As a sejming estate, the king kept a number of prerogatives. The king convened the sejm by issuing a universal, usually if necessary and appointed the gathering ground as he found fit (as a rule it was Piotrków, Radom, Lublin, Kraków and since the second part of the 16th century mainly Warsaw, sometimes Grodno). The main reasons to convene the sejm were fiscal matters but also state defence issues. The king had also to define the subject of the proceedings, stipulated in king’s writs sent to sejmiks.

Since 1573, that is the year of creating the Henrician Articles, the king was obliged to convene the sejm at least once every two years. However, because of the state needs, sejms were called more often. The king could also postpone the once set date of the sejm and - in certain circumstances - already after the deputies arrived and the marshal of the sejm was elected, the king could also dissolve the sejm, call new sejmiks and send new writs to them, in order to appoint new deputies. Later on the king maintained the right to convene the sejm, freely determine the gathering date and place of the general sejm, and extraordinary sejms as well. Yet he lost the right to dissolve the sejm proceedings. The king’s actions were limited by the statute of the sejm. King still influenced the election of the marshal but had to act within the limits of sejm ceremonial. On the other hand, he was free to influence the proceedings course. During the proceedings of the sejm of the Commonwealth, the king had to account for the matters within his competences, so that the sejm could keep the control over king’s policy for the next years. Despite numerous impediments, which were the fault of the Chamber of Deputies, even in 17th and 18th century the king still influenced the proceedings course, especially the adopted laws. The king had the right to veto the adopted resolutions. In the sejm of the Commonwealth the condition of validity of a resolution was a common consent of all the estates. King’s right also consisted of the promulgation form of sejm resolutions. The general conviction of the king’s right to veto a resolution adopted by the deputies was quite common in wide circles of nobility. The senate was not bound by the unanimity rule, as the senators by turns spoke their minds [in Polish “wota”], which were evaluated by the king and summed up in a conclusion, usually voiced by the chancellor, but it happened also that the monarch announced the conclusion himself.

In the long process of forming the various political organs, in the result of various political shifts, mainly caused by struggles to gain more influences in the Commonwealth, since the second half of the 17th century the king’s competences began to decrease because of sejm prerogatives as well as because the rights of senator councils and specific ministers were passed to sejmiks and other state bodies. It was a result of both customary practices as well as the legislative actions of the sejm. Moreover, since the second half of the 17th century, the sejm debates were affected by frequent disruptions and not coming into effect, what definitely perturbed its role as the sejming estate.

The king’s position changed with the Constitution of 3 May 1791. The authority was handed to a bicameral sejm, which was no longer of estate character. First of all, the king’s position in the legislation was changed, who lost his right of sanctioning the resolutions and therefore ceased to be the third estate of the sejm. King was supposed to convene sejms, but if he didn’t announce the elections and did not convene the sejm in a specified period, the sejm could gather on its own, based on the law itself. The same applied if the king did not called the sejm for an extraordinary session, the sejm could be convened by the order of the marshal. The king was still present in the senate but he was granted only one vote - only in the case of a voting impasse he had the right to cast two votes. The succession of the throne was also established but the king was discharged from political liability of exercising power. 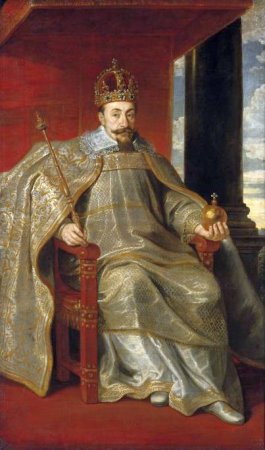