First pacification sejm in Warsaw under the rule of Augustus II. 1698.

This sejm was convened on 3 February 1698. The pre-sejm sejmiks were held in April of 1698. The politial purpose was to calm down the unrest after a turbulent election in 1697. The sejm began its sessions on 16 April 1698. The previous owner of the speaker’s staff [referred as to “marshal of the old staff”, it was customary that the speaker’s staff was given to the newly elected marshal by the previous one], that is marshal of the sejm of 1697, was Krzysztof Zawisza, starost of Mińsk. Only 15 deputies came to the sejm, and the majority of them, of Lithuanian origin, demanded to execute the proceedings of the general sejm in form of “horseback” sejm [a form of a general sejm, where every nobleman could vote - under one condition - he had to arrive at the sejm personally, on a horseback; it was only an idea, never fully executed]. The sejm was dissolved on 28 April 1698, with no resolutions adopted. 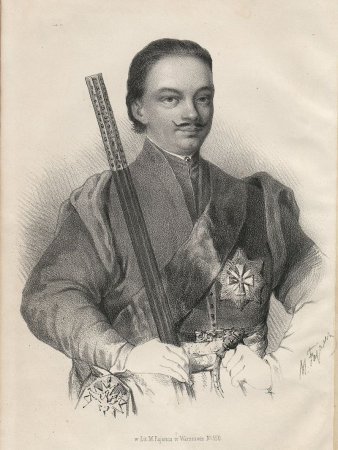